“The Napoleon of Brick Makers”

Edwin Wilson arrived in Brighton NY, in 1826 @ age 19. We doubt that at the age of 19 that he established his own Brick Yard. We assume he worked for other Yards and then went into business for himself on in partnership with others. We have found no record or testimony to document the date for his formation of a Brick Yard. The one story we found was the the following article, which appeared in the “Daily Rochester Union” Friday Evening – April 22, 1853 page 2, Column 6 under “City News” 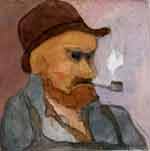 “BRICK MAKING – The early Spring building has been somewhat delayed in consequence of the scarcity of bricks. We are happy to know however, that the delay is to be of short duration. The “Rochester Brick & Tile Manufacturing Company” a new organization comprising most of the “yards” in this vicinity, are preparing to stock the market with any quantity that may be required of first rate bricks. Our indefatigable friend Wilson, of Brighton, has opened the season at his yard, and commenced moulding yesterday, with a large number of hands. By the 15th of May, the clay now in hand, will have been burned to bricks, and the tall form of “boss” Wilson will be seen leading towards the city a string of brick wagons almost as long as one of Napoleon’s ammunition trains. Wilson is the Napoleon of brick makers, and will succeed anywhere, and in anything that requires energy and perseverance.”

At this time (1853) Edwin has been living in the town for 27 years, had earned a high reputation as a very respected Brick Maker and has just sold his business to the new organization headed by William Otis, to be known as “The Rochester Brick & Tile Company.” The names of the trustees who managed the concerns of the company for the first year of its existence, were as follows: Gideon Cobb, Edwin Wilson of Brighton, Azariah Boody of Rochester, Clark Johnston of Rochester, Alvin Burton, Stephen Otis, Jason Baker, William H. Cobb of Brighton, and William Otis of Gates.

The report of James Cogswell quoted in the story of Isaac Moore, states that Edwin & Isaac were partners in a Brick Company. The Map of 1852 shows the name Edwin Wilson twice. One on the east side and one on the west side of Monroe Avenue. The east side location. Listing only his name may have been his home property which was later taken
over by Leonard Buckland for his brickyard. The west side location reads “E. Wilson / Brick Yard, which was purchased by William Otis. So we have a few facts on the ending of Edwin’s brick career in Brighton for we have found no record beyond 1853. How involved were the Buckland’s and Isaac Moore in the formation of the Wilson Brick Yard? On this question we have no record, other than the written testimony of James Cogswell, and could only speculate on any connections.

The Brighton section of a 1852 Monroe County Map show above located the three Brick Yards that were organized into the Rochester Brick & Tile Company one year later in 1853 under the direction of William Otis. This map seems to indicate that the Wilson home was located directly across from his Brick yard on the now Monroe Avenue.