Gideon Cobb, born on June 26, 1791, was the quintessential pioneer. He was a soldier who helped secure Brighton and New York State during the War of 1812, firefighter for the City of Rochester, salesman of tools made by his brother William, sand company proprietor, brick company proprietor, teamster, staunch Abolitionist engaged in the Underground Railway, road builder, tavern proprietor, school director, farmer and an interesting story teller. Gideon arrived in the Genesee Country in 1812 and purchased 300 acres in Brighton, including what is now known as Cobb’s Hill where he built a brick mansion for himself on the southeast corner of Monroe and Highland Avenues. The bricks were made by hand from clay found in the fields nearby. This Brighton landmark was demolished in 1965 after many years of neglect. In 1818, Cobb built his first brickyard in the area off Monroe Avenue now known as the Roselawn Neighborhood. Many historic buildings in Brighton, Rochester and other local towns were built from bricks produced in Brighton. The industry continued until 1935 when supplies were depleted. 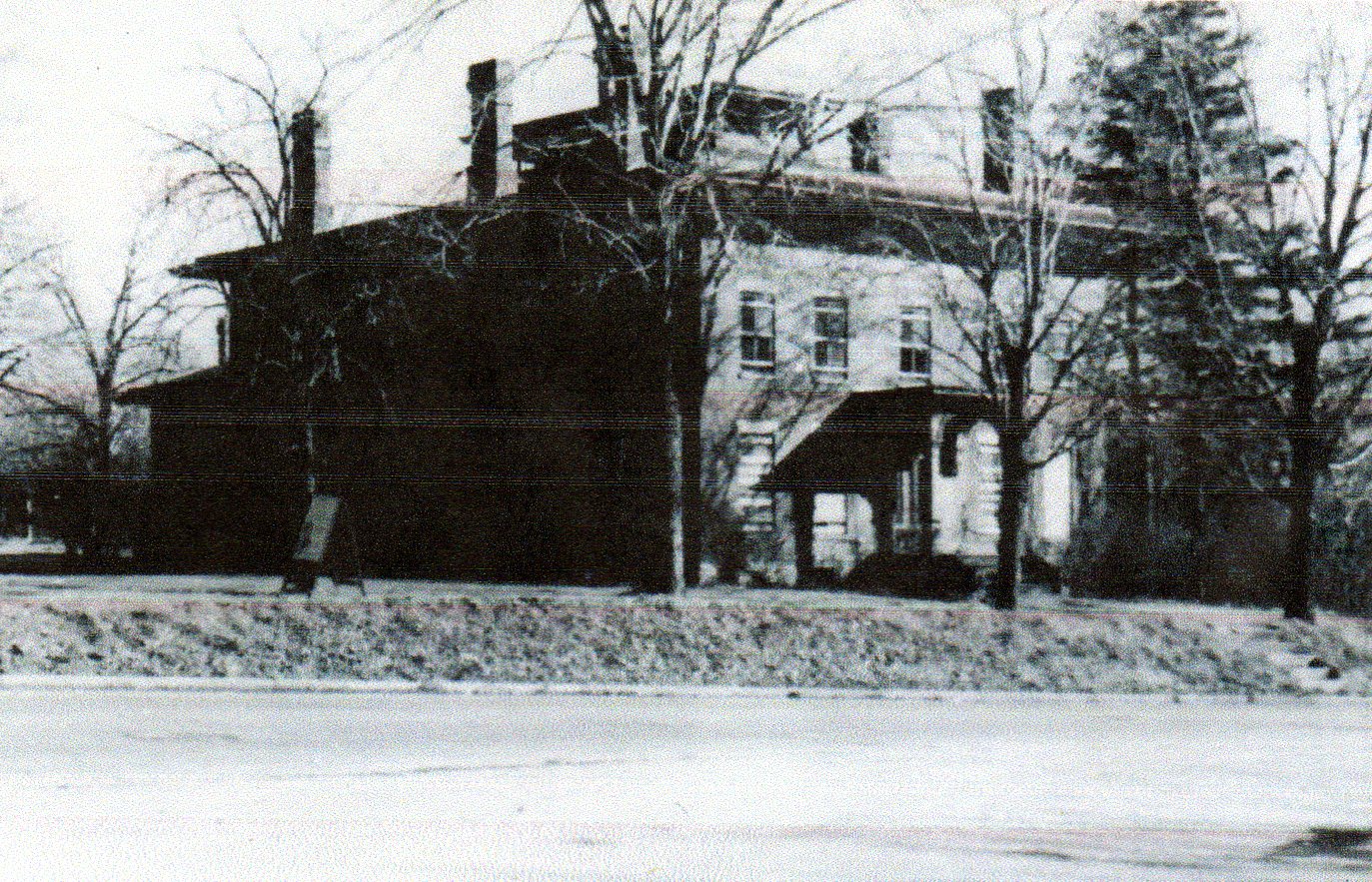 Who was Gideon Cobb?

Gideon Cobb (1791-1864), arrived in Colonel Rochester’s One Hundred Acre Tract (population 15) in 1812. Cobb and his brother enlisted in the army during the War of 1812 when volunteers were recruited to take Fort Erie. Assigned to the Aurora area and made an officer, Gideon erected defenses to protect a settlement from Indian attack. He returned to this area to operate a cattle and hog yard. With his older brother, William, and Francis Brown, Cobb moved an axe and scythe factory from the Rome area to a site in what became Rochesterville in 1817.

With wagon and four oxen, Cobb initiated the first area passenger and freight service, primarily to the mouth of the Genesee River via Merchants Road. He cut through the dense forest and removed stumps to build a road between the village center and Frankfort that would become Rochester’s State Street.

Cobb bought 100 acres in Penfield that became known as Allyn’s Creek Farm. With his oxen team, Gideon opened the State Road between the Genesee and Pittsford that was named Monroe Avenue during the administration of President James Monroe (1817-1825). While clearing the wilderness, Cobb discovered an extensive bed of brick clay “a foot or more in depth beneath the loamy soil” as well as “a bed of fine white sand suitable for the making of bricks.” In 1818, Gideon sold the Penfield property and, with brother William, purchased 140 acres in the Town of Brighton that included the sand and clay veins. They called their partnership The Sand Company. In 1820. William bought a contiguous 140 acres that passed to Gideon in 1826. (Until 1823, land east of the Genesee River was in Brighton.)

In 1819, Gideon married Roxanna Worden and built a temporary log house along Monroe Avenue. He soon began construction of a stage coach tavern and elegant brick mansion at the nearby Seven Corners (Highland/Monroe). Eventually, the Cobbs had nine children.

When the Erie Canal made Rochester the nation’s first boomtown, buildings went up in rapid succession. The closest brickyards, in Holcomb and Clarkson, opened about 1816. Gideon soon realized that the future of the area depended upon brick production. By 1820, he was creating the area’s first brick factory on the Monroe Avenue site, thus providing the building materials for many 19th century residences and commercial structures, some of which still stand. Other Brighton residents soon followed suit: Leonard Buckland, John Weis, Edwin Wilson, William Otis and Alvin Burton all opened brickyards along Monroe Avenue. Today, there still stands about 17 so-called “Bricks of Brighton” – town structures made from town bricks.

The bricks were made by hand from the same Brighton clay that today’s residents discover every time they thrust a garden spade into the ground. (If these same residents also live on land once occupied by a brickyard, they also dig up bricks and brick shards.) Environmentalists soon decried the use of the Pinnacle Range for clay, gravel and sand pits. In 1910, George Eastman purchased one third of the Pinnacle Range, including Cobb’s Hill, and presented it to the City of Rochester as a park.

“The large, nearly square, brick house that stood on the southeast corner of Monroe and Highland Avenues, was erected in the early 1820s,” according to architect Carl Schmidt. In the tradition of the Stone tavern on East Avenue, the Cobb house was a tavern too. Schmidt theorizes that the house was “originally in the Post Colonial style but sometime during the Victorian era, the wide projecting cornice, cupola, and entrance porches were added.”

In his later years, Cobb became interested in the abolition and prohibition campaign of Brightonian William Bloss who dumped the contents of his East Avenue tavern into the Erie Canal. Cobb also closed his tavern and destroyed his stock of liquor.

In the years before the Brighton Historic Preservation Commission was formed, many historic landmarks, such as the Cobb house, were lost. A newspaper account from the 1960s notes: “The Cobb house was the only house of consequence on the road between Pittsford and Brighton.”

Gideon Cobb painstakingly constructed his mansion of bricks he made from local [Brighton] clay. Then he and his bride, Roxanna Worden, moved into the 22-room grandeur. At that time Monroe Avenue was only a narrow country road. It ascended a steep hill at the point where Highland Avenue now crosses. Opposite was the little red schoolhouse that Cobb gave to the City.

“The Cobb mansion stood in the center of a 300 acre tract owned by Gideon Cobb and including Cobb’s Hill where the reservoir now stands… Although Gideon’s house today lies silent and cold among the great trees that try to warm it, it truly was a masterpiece in his time.”

“There was a fireplace in every one of the 22 rooms. In the rear wing, there were contained a baking kitchen, a meat cooking room and a milk room from the days when the structure was still a tavern…”

“Last of the Cobb clan to occupy the premises was Mrs. Harry R. Wickham, a great granddaughter who in 1936 petitioned the City Council for a zoning variation [sic] to erect an apartment house. She was turned down.”

The house was acquired by realtors in foreclosure proceedings in the late 1930s and eventually demolished in about 1965. Condominiums now occupy the once gracious corner.