Michael Lasser, for thirty-seven years since 1980. has been the host of the Peabody Award-winning public radio program, “Fascinatin’ Rhythm,” which originates on WXXI-FM. He is the former theater critic for the Rochester Democrat & Chronicle and CITY. His two books about American popular music remain in print, and he’s recently completed a third, City Songs: The American Popular Song 1900-1950. A graduate of Dartmouth College, he frequently speaks at museums and universities. His books will be available for signing. This special event is free and all are welcome! 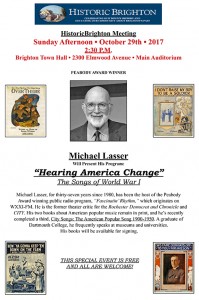 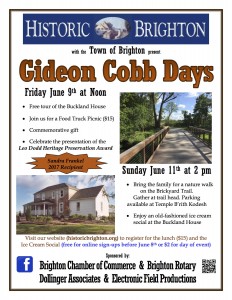 April 30, 2017 – Digging for Our Dutch Roots – The Forgotten Legacy of a People and Their Contributions to Our Local Culture 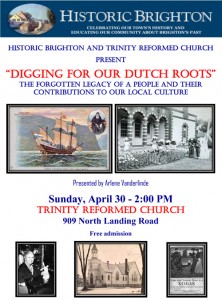 The Old Seventh Ward – the Joseph Avenue neighborhood – was the “melting pot” of Italian, Jewish, Irish, and German immigrants and home of many African Americans who came North during the Second Great Migration. Step back in time with Verdis Robinson – Brighton High School graduate, assistant professor of history and of African American history at Monroe Community College, and director of The Democracy Commitment – as he shares with us his research into this significant Rochester neighborhood. 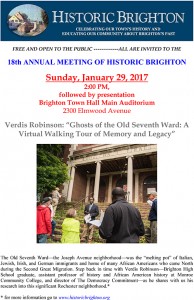